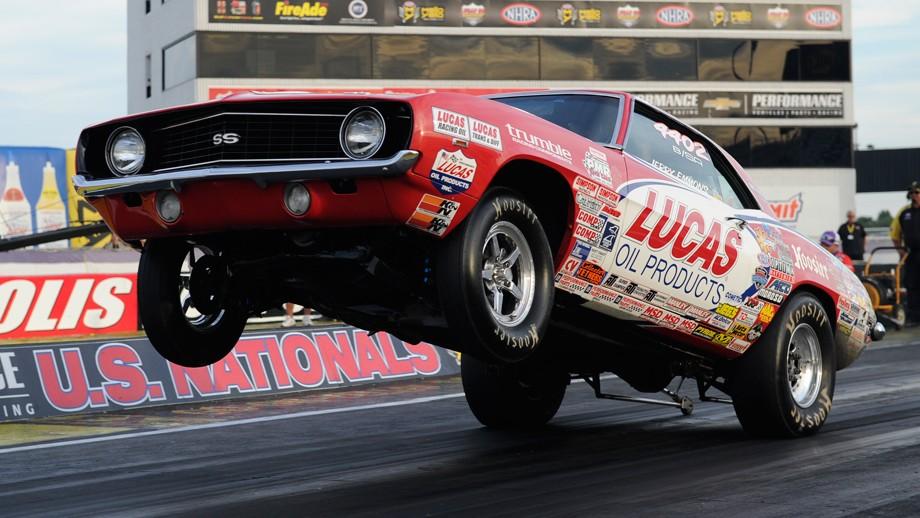 The season kicks off at Orlando Speed World Dragway, in Orlando, Fla. on Feb. 23-24. During the year the series will feature double header events at Heartland Park Topeka, Mission Raceway Park, Texas Motorplex and Rocky Mountain Raceways.  The dynamic series will also feature two stops at Woodburn Dragstrip in Woodburn, Ore. and The Strip at Las Vegas Motor Speedway where the season will conclude on Nov. 1-4.

The upcoming 2018 schedule will feature 44 divisional events with a minimum of six in each of the seven divisions. There will also be 26 regional events featuring the 260-mph Top Alcohol Dragster and Top Alcohol Funny Car classes.

“The competition in the NHRA Lucas Oil Drag Racing Series is intense at tracks across the country and showcases the racers during the course of a busy season,” said NHRA president Peter Clifford. “The Lucas family has long been a staunch proponent of the NHRA, the sportsman racers, and we appreciate their dedication.”

“We are pleased to once again express our support of the competitors across the country in the series,” said Morgan Lucas, senior vice president of sales and marketing of Lucas Oil. “Sportsman competitors are one of the keys to the success of NHRA drag racing and we look forward to the coming season.”

Headquartered in Corona, Calif., Lucas Oil Products was founded in 1989 by Forrest and Charlotte Lucas. Through innovative product research and development, along with aggressive marketing programs, Lucas Oil has established itself as one of the fastest-growing lubrication product lines in the consumer automotive aftermarket. The Lucas Oil product line features engine oils, greases, gear lubes and problem-solving additives for everyday cars and trucks. In addition, Lucas Oil continues to be directly involved in the American racing industry at all levels through multiple vehicle sponsorships and racing events.